Many plants are transgenic developed by nature, says new study 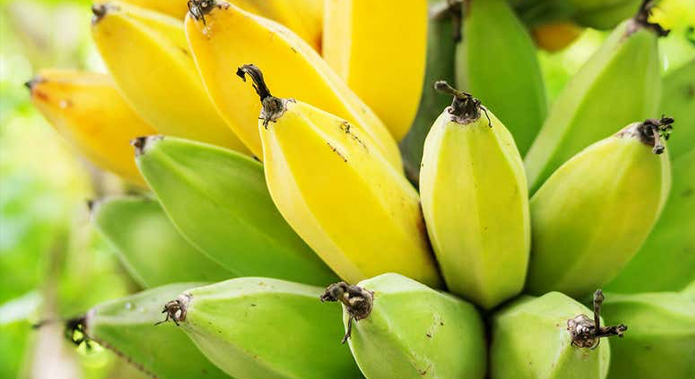 Although much of the controversy surrounding genetically modified crops (GMOs or GMOs) is due to the belief that the process of moving genes from one species to another is not something "natural", a New research shows that 1 of each 20 flowering plants are naturally transgenic.

Dozens of plants, including bananas, peanuts, Suriname cherries, hops, blueberries and tea, They contain genetic material from Agrobacterium, the same bacteria that scientists often use to develop GM crops in the laboratory. The research follows in the footsteps of an 2015 discovery that sweet potato is a natural "transgenic" (with Agrobacterium genes). Agrobacterium DNA has also been found in tobacco plants.

The findings were reported in a study published on the September 21 in the journal. Plant Molecular Biology. The researchers studied the genomes of some 356 dicot species and found 15 natural transgenic species. "Therefore, THG [horizontal gene transfer] from Agrobacterium to dicotyledons is widespread“, Notes the study summary.

It has also been discovered that the horticultural process of grafting different plants and bringing them together can lead to gene exchange, which means that humans have been inadvertently developing transgenic plants for millennia. From genome studies, we can see that gene exchange has been going on since the dawn of life.

It was previously believed that Agrobacterium genes were rarely transmitted in nature, and researchers are still unsure of how the inserted genes affect the plants where they are found. Only recently did the bacteria start looking for genetic material in the genomes of flowering plants.

As Le Page pointed out, the discovery is a good omen for European researchers. Apparently they can use these natural strains of Agrobacterium to create new varieties of plants, without falling under the strict regulatory process imposed on transgenic organisms. Last year, the European Union announced that its regulations exclude modified organisms through "natural" processes.

He cited the example of Henrik Lütken at the University of Copenhagen in Denmark, who “has created a compact variety of an indoor plant called Kalanchoe blossfeldiana, which is now ready for commercial sale. He thinks that these plants should not count as GMOs and the latest findings will reinforce their case. ”

Tucumán bets on the differentiation of its blueberries