He received the phytosanitary certification of the National Agricultural Health Service 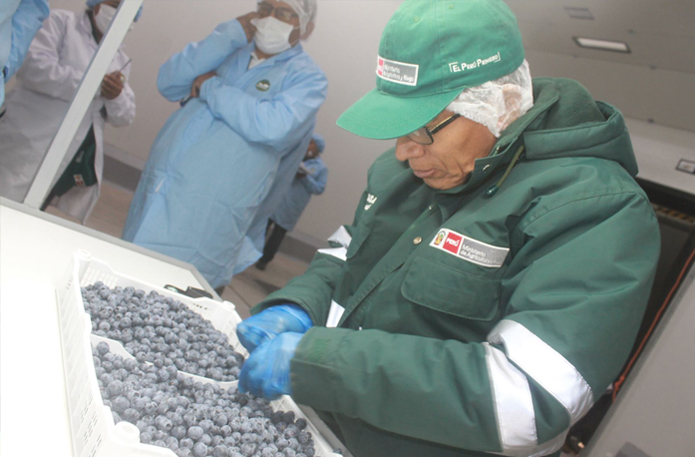 The United States will taste blueberries produced in the province of Mariscal Nieto, Moquegua region.

The Moquegua region, located in southern Peru, will make its first shipment of 14.5 tons of blueberries to the United States, after receiving phytosanitary certification from the National Agricultural Health Service (Senasa) of the Ministry of Agriculture and Irrigation.

The health entity carries out an articulated work with the producers; It monitors the plantations from its installation in the place of production until its certification in the primary processing plant.

Following the mandatory procedure requested by the United States for blueberries to enter its territory, Senasa informed that the product will undergo a cold treatment during a period of 15 to 17 days, with temperatures of 1.11 and 1.67 ° C to then be exported.

The planting of blueberries is carried out in the moqueguana province of Mariscal Nieto, where there are 33.15 hectares of the product that were already certified by the Senasa.

The Moquegua and Tacna regions were declared fruit fly-free areas, the main pest that limits exports due to the demands of rigorous quarantine treatments demanded by the country where the product is exported.

Last year, the export volume of blueberries obtained a growth of 74% with respect to 2017 and was ranked among the 10 most exported Peruvian products.

The Moquegua region is an agricultural area, where small producers, with the advice of the Senasa, produce primarily from the 200 strong avocado and hass, which are destined for the demanding Chilean market.

Many plants are transgenic developed by nature, says new study