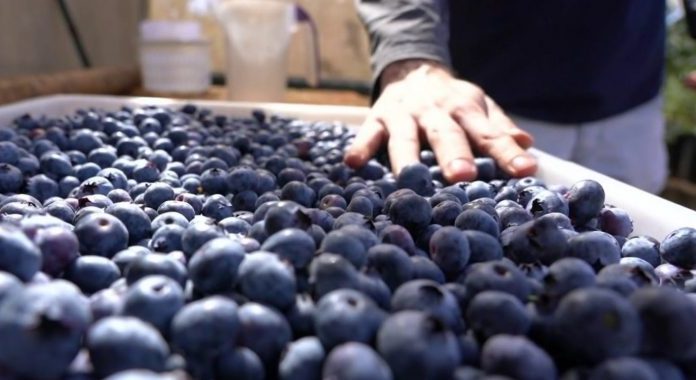 Blueberry cultivation began in Brazil in the 1980s, mainly in the southern region of the country. Despite being a plant native to places with cold climates, blueberry cultivation was possible in Brazil, thanks to a heat-resistant variety developed by the University of Florida called "biloxy."

Good results are observed in the regions of Piracicaba (SP), in the São Francisco Valley, in Petrolina (PE), in Senador Amaral (MG), in Chapada Diamantina, in Nova Soure (BA) and also in Ceará. Despite the growing interest in culture, it is estimated that Brazil still imports around 80% of what is consumed in the country, especially from the United States, Canada and Peru, reports abrafrutas.org

In Goiás, the agronomist Fritz Mohn Penteado began to study the fruit and invested in this market, in the family property in the municipality of Cristalina, 280 kilometers from Goiânia. “I wanted to produce something different, with added value since we don't have a large area available to plant. I went to Brasilia to see his garden at UnB [University of Brasilia] and also in São Paulo. Later I learned that there was an incentive for fruit production in Goiás, through the Rota da Fruticultura project. At the first conference I attended, I was very excited and realized that I was on the right track,” recalls Fritz.

The Rota da Fruticulture aims to transform the Cerrado into the newest fruit center in Brazil. The initiative is coordinated by the São Francisco and Parnaíba Valley Development Company (Codevasf) and developed in conjunction with the Brazilian Agricultural Research Company (Embrapa) and the National Supply Company (Conab), and partners, such as the Service National Rural Apprenticeship (Senar GO and DF), Ministry of Agriculture, Livestock and Supply (Map), Technical Assistance and Rural Extension Company (Emater), among others.

For the producer, the exit is the arrival of incentives for the production in Brazil to take off and reach other markets. “We can see how big the demand for blueberries is in producing countries like the United States. Peru, close to us, for example, has all its production for the foreign market. Encouraging production is the easiest way to sell. The potential of the State is for us to be large producers, but it is essential to have more and more incentives so that we can mainly export, concludes Fritz.

Chile: "Supplying a 'hungry' market for cherries and, at the same time, finding new markets is quite a challenge"

We use cookies to ensure we give the best user experience on our website. Your continued use of this site assume that you agree.I agreeREAD MORE