Agricultural biotechnology, an emerging lever of economic impact in the world 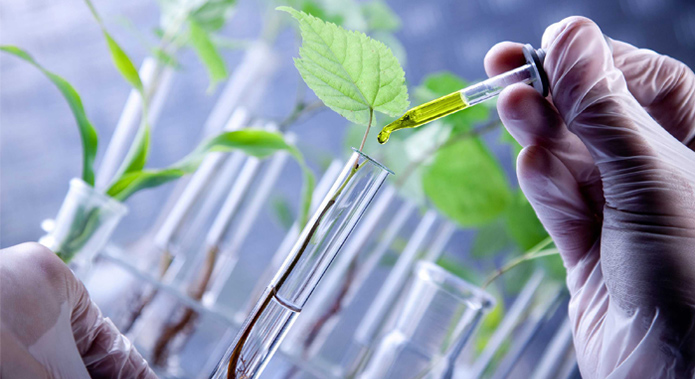 Mexico is called to be a stronger and more dynamic competitor in foreign trade because it has solid foundations in the agri-food sector, but it must turn to see the range of opportunities and benefits that agricultural biotechnology also offers, because this is one of the emerging levers and of global economic impact.

Recently, the National Agricultural Congress (CNA) stressed that the agri-food sector has come to consolidate as never before and holds a status of strategic for our country. He did it in general terms and even referred that in 2017, the annual volume of exports of Mexican products was of the order of 32,373 mdd.

In this context where agricultural biotechnology plays a preponderant role, considering that the products, applications and processes in transgenic crops are still valid and stronger. And it is necessary to open up the knowledge about them to weigh their scope for the benefit of the producers of the field in Mexico.

Producers and agricultural researchers, academics, the student community and members of the agrifood chain grouped in the Protransgenic Alliance, have been emphatic that there is no risk because in the whole process that accompanies agricultural biotechnology, scientific rigor attends. Additionally, there is added value in transgenic crops and they generate not only economic benefits, but also labor benefits that encourage employment and offer greater professionalization and social development throughout the production chain.

The scientist Francisco Bolívar Zapata, exposed a few days ago the imperative to demystify the issue: "there is only one reality and that transgenic crops do not represent any risk". This was said before the student community, in a keynote address at the Faculty of Chemistry of the UNAM.

We are facing a historic opportunity to strengthen markets, assume change and move towards progress and growth, said the doctor.

Dr. Bolivar Zapata explained that genetically modified organisms are those that have been developed by the human being through genetic engineering techniques, with the sole purpose of improvement and insisted that the best way to understand this is through of information and knowledge based on science.

EVA, a low cost solution to improve the blueberry harvest

Mexico will impose tariffs on blueberries, apples and grapes from the United States