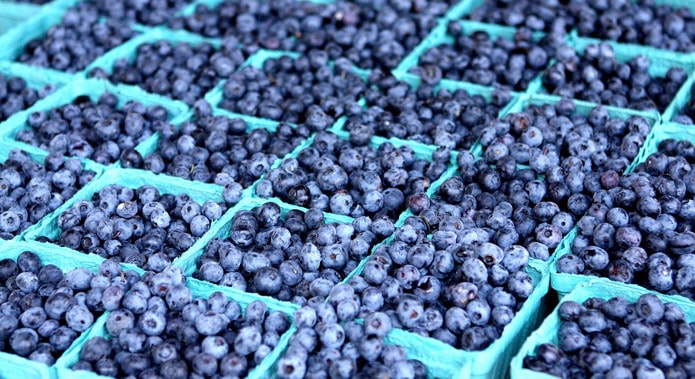 The European Union is the main market for the export of frozen berries, where Germany has become, in turn, the largest destination, with an 17% share, surpassing countries such as France and Belgium, which have the 7,4% and 5,6%, respectively.

While the largest supplier of these products is Serbia, Chile ranks second and there are attractive opportunities to continue gaining ground in the German market, according to a recent report from the ProChile office in Hamburg.

«The main segment for frozen berries is repackaging for retail, where they are sold in different formats, individually or mixed with other fruits", Highlights the report, and details that half of this fruit that enters the EU frozen is repackaged.

One of the trends that push frozen berries in Germany is that it is increasingly common to use them as part of homemade juices and smoothies, especially among women and younger consumers, and at the time when they do not have fresh berries , what can benefit Chile.

Although Chile gained a lot of space in Europe with raspberries and frozen blackberries until 2010, where it has positioned itself as the second supplier, the report warns that it has lost ground in recent years, with a drop of 6% in shipments, where other countries as Ukraine and Mexico are growing.

There, one of the points that stand out as more attractive is the opportunity to export organic berries, because it is a segment that is becoming more important and where prices are higher. Certifications such as fair trade are not so relevant.

«In this country, consumers have an enormous influence on the decision-making of retail chains, since they exercise their rights in a way that is not customary for the national reality.l », says the ProChile report.

Another point that can be developed better with German consumers is to publicize the good sanitary conditions in which Chilean berries are produced, since it is something that importers and distributors normally know, but not final customers.

«This is an advantage of Chilean products, the phytosanitary environment in which the products grow. These are special conditions under which producers can promote and strengthen their position in the market", He says.

The report also suggests that Chilean berry producers use the media, especially the internet and social media, to help present products more easily to European importers.

19 in April at Hotel Monticello Conference Center: Expert in fertigation and nutrition management Juan Hirzel will discuss factors to consider in order to obtain quality fruit

Freshfel Europe defends the competitiveness of the fresh produce sector...

Robotics project points to a 'sea change' in the p...