Port of Jacksonville in Florida, offers its facilities to alleviate port congestion in the US.

However, doubts arise due to the general shortage in the country of drivers, trucks, chassis and storage points 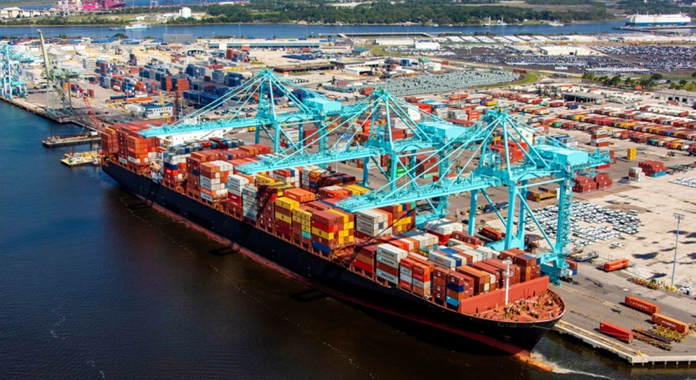 The Port Authority of Jacksonville, Florida, said it is the solution to the unprecedented traffic jam at the ports of Los Angeles and Long Beach (LA-LB), California, where weeks-long queues are slowing trade ahead of the holiday season. , reports DailyMail.

According to officials at the port of Jacksonville, it has maintained the fluidity of the terminal - and has set a record for container volume - despite market disruptions - of container mobilization in May, with 129.000 TEUs.

“We have the opportunity to provide shipping lines and cargo owners with a more efficient route that can take their product not only to the third largest domestic market in the country, but also to other markets outside of Florida, within two days Rubin told ABC Action News.

The Marine Exchange of Southern California reported that 100 vessels remained on the tour on October 18 off LA-LB ports, beating the previous record of 97, set on September 19. Both figures are notably higher than in the pre-pandemic era, when there were only 17 ships at anchor.

However, the offer raised from the port of Jacksonville in Florida raises doubts regarding the availability of trucks, drivers, and crews to unload them.

For example, in California, specialists believe that a greater number of drivers will not alleviate the delay, since the priority that shipping lines are prioritizing the rapid reloading of empty containers, which has absorbed the capacity of trucks and spaces in ports and warehouses, preventing full containers from being distributed inland and reaching consumers.

Be that as it may, truckers' wages have skyrocketed by around 20% as companies work to attract newcomers to the industry and the industry is using all the tools at its disposal to try to get drivers in and out. stay in business.

But the empty containers are not only taking up space, they are also preventing truckers from releasing their chassis (equipment necessary to load the containers on the trailers), who under the circumstances are forced to keep the containers in their own lots, having to pay the shipping lines a daily rate of between 40 and 50 dollars for not returning them on time.

The situation is such that it has even been observed that in Los Angeles neighborhoods, where trucks remain stuck all day, sometimes the trailers are simply dismantled on the street,

On October 20, Governor Gavin Newsom signed an executive order directing state agencies to seek ways to ease congestion at ports, including identifying state properties and other locations that could be used for container storage. .

Although TGS Logistics COO Robert Loya welcomed the news, he said it was unclear who would pay for the storage of the empty containers.

He explained that this has caused small American companies to go under because these large foreign shipping lines are controlling the port and the American economy.