Manuel Alcaíno at the 8 ° International Seminar of Tucumán: 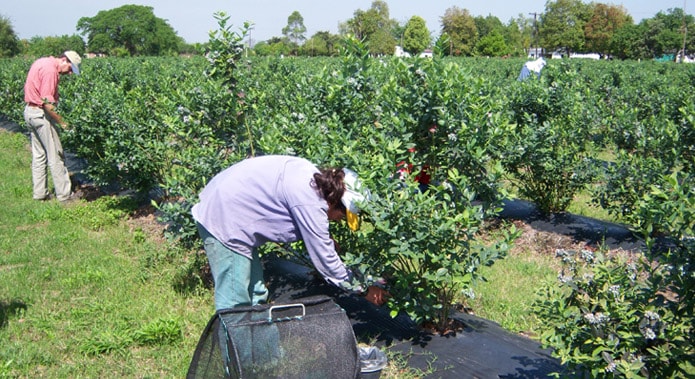 New actors in the blueberry market: How to prepare for the new scenario?

The 2016 / 2017 season was not good for everyone, no doubt. The climatic factor became a negative protagonist, delaying Peruvian production and advancing the Chilean one, provoking with this an oversupply that had a strong impact on the final prices.

Because the impact of climate makes visible the vulnerability of all agricultural activity, both in terms of infrastructure and profitability, so it is necessary to adopt more and better technology to guarantee the protection of crops and the entire production process.

The threat of nature also had to face the uncertainty of the global economic climate and its repercussions on the economies of the countries. If we add to these two elements the shortcomings of our local industries, which influence the quality, productivity and condition of our fruit, we can say that the season was not good in the region, for some more than for others.

The future challenges will be focused on adapting to climate change and taking precautions regarding the vagaries of the economy.

On the other hand, with respect to the crop itself, what began with the propagation of a suitable crop to produce it in limited agroclimatic regions and of special pedological characteristics, has been converted into a product of global consumption due to its healthy properties, and therefore, it has been turning into a global crop, without climate or soil restrictions, thanks to technology. Every day there are more countries where we start to grow cranberry in an industrial way, so a reality of global cultivation is very close to materialize and we must prepare for this scenario by analyzing its advantages and disadvantages. A new panorama for the cranberry industry can be opened that it is necessary to discuss in order to define strategies for the short, medium and long term.

In this context, at the 8th International Seminar to be held on June 28 in Tucumán, Manuel José Alcaíno will present the topic: New players in the blueberry market: How to prepare for the new scenario?

Manuel José Alcaíno de Esteve, is an agronomist at the Pontificia Universidad Católica de Chile, founder and chairman of the board of directors of the consultancy Decofrut, member and part of the Central Directory of the International Advisory Council of Produce Marketing Association, PMA, and will be part of the rapporteurs who will present at the 8 ° International Seminar that will be held on June 28 in the premises of the Sheraton Hotel in Tucumán, Argentina.

Alcaíno is an expert analyst and is emphatic about the diagnosis. Some time ago we asked your opinion about the present and future of the Chilean blueberry industry, and commented: "Many wrong things were done, starting with the selection of varieties, and I think that Chile needs an adaptation, an urgent renovation of the variety barracks that we have, which is not easy", Adding that"In Chile there are almost 20 thousand hectares planted with blueberries and 90 produces a thousand tons of fresh fruit, plus other 30 thousand that go to the processing industry, which makes a total of 120 thousand tons of production, so we would be talking of 6 ton / ha, which is very low. If we take out what is growing and others, we would reach 8 ton / ha, which is still very low"He reflected.

The Chilean executive has been a lecturer and participated in numerous conferences and seminars in almost all Latin American countries. It has also been in meetings held in the Netherlands, the United States, Russia, South Africa, Mexico and France. This allows you to have a more global and more strategic view regarding the perspectives of the industry and its development.