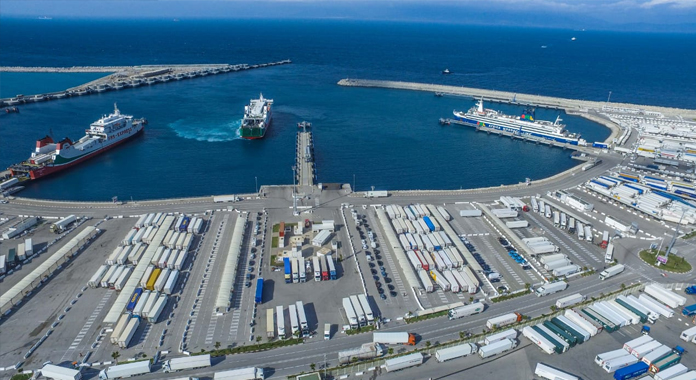 The success story of Tanger Med, today considered the first port infrastructure in the Mediterranean and Africa, was highlighted at the annual meetings of the World Bank and the International Monetary Fund held in Washington.

Speaking at a panel focused on the "contribution of trade in post-Covid recovery", the Director General of the Tanger-Med Port Authority (TMPA), Mehdi Tazi Riffi, highlighted that this global logistics center, located in the Strait of Gibraltar is the culmination of a vision of King Mohammed VI to position Morocco among the best international free trade platforms.

The real vision is based on two main pillars, namely, ensuring the link between international trade at the level of the Strait of Gibraltar given the important commercial flow, in addition to developing a competitiveness platform for companies and multinational companies located in the area, He explained.

The purpose is to establish Morocco as a "key base" for global exports, Tazi Riffi said, noting that Tanger Med, now connected to more than 180 global ports, is the "hub" for nearly XNUMX export-oriented companies.

This regional competitiveness facility also generates more than 80.000 jobs focused mainly on industrial and logistics activities operated by leading international players in sectors such as aerospace, automotive, textile, logistics and electronics, he said, adding that the French car manufacturer Renault has been able to export, so far, nearly two million cars from its largest assembly plant in Africa.

Citing the United Nations Conference on Trade and Development (UNCTAD), Tazi Riffi said that in terms of maritime connectivity, Morocco is now a "very important" player in world trade.

Tazi Riffi, who spoke about the logistics prospects, noted that there is a "strong" business opportunity offered by the African Free Trade Area Agreement, especially with regard to its logistics aspect.

The 5th season of Better with Blueberries begins in Argentina

The consumption of blueberries "increases in a massive way", assure the producers