Juan Andrés Fontaine: "This challenge must have been addressed much earlier"

MOP and modification to the Water Code 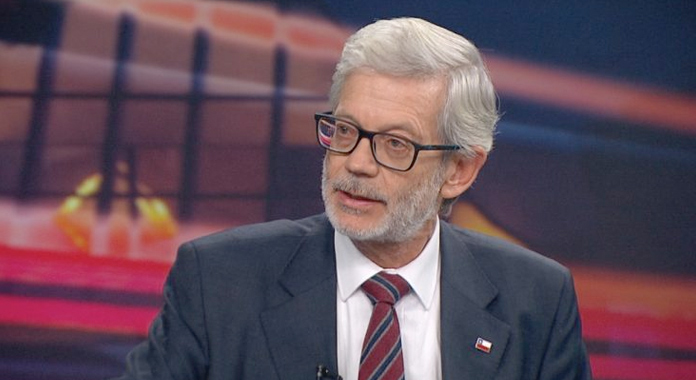 Achieving the approval of Congress to our indication substitute for the bill that modifies the Water Code will not be an easy task, but our bet is that it be a law before the term of President Sebastián Piñera ends.

With this indication we take care of the problem of water scarcity and the effects of climate change that is becoming more acute.

This challenge should have been addressed much earlier, because there was an over-granting of rights to use water, both surface and underground, which clearly constitutes a failure of public water policies.

Consequently, there are multiple reasons to process it quickly.

The project sent by the previous government focused on modifying the water rights regime with the objective of ensuring the availability of the resource for human consumption. We also prioritize human consumption, but we must bear in mind that it is only 12% of water uses, and we think that, in order to achieve this objective, that it is a priority, in addition to creating better incentives for conservation and providing To the State of more and better instruments to manage water scarcity, there are more effective ways than just to modify the water rights regime.

What we propose in the indication is the obligation of the General Water Directorate (DGA) to develop strategic plans for water resources management.

There are currently 101 watersheds in Chile, therefore, it is something that cannot be done immediately, but we hope that in the next three years these plans will be made for the 30 most priority watersheds at least.

Our substitute indication also covers the management of underground aquifers, because the regulations to the regulations that have been generated are not currently in the law, and those are the necessary instruments to declare depletion of sources, redistribution measures, extraordinary drought areas, or reduction of extractions, both from underground aquifers and river catchments.

In general, the problems we have detected are due to management issues, rather than legislation. You have to invest more in rural drinking water systems. In the government of President Piñera we have a very ambitious program of investment and implementation of measures so that they have enough water. This implies that the State buys water rights when those rights are lacking and that it has the disposition, applying current legislation, to expropriate water rights if they are not sold, because there are faults.

On the other hand, we are making modifications aimed at making water conservation a priority, through the creation of the figure of water use rights that are for conservation, so that there is the possibility of private NGOs , and even the State, constitute water rights for conservation, with new rights or with the rights they have today. Currently, the DGA can deny a water right to keep that water as a reserve, but cannot take the initiative.

In our management there is also the creation of a panel of five experts, independent of the DGA, who are the ones who approve the measures taken by the DGA in this matter.

Regarding legal certainty, we are convinced that it is what allows various economic agents, both people and companies, to benefit if they save water, giving adequate incentives for the proper use of the resource, because there has to be full confidence that the owner of rights will continue to be so.

In any case, we maintain what exists, which is the indefinite duration of the water rights and the transferability of them, but we make a modification so that the new rights at the time of granting are by tender or auction, unlike what is currently happening, which are awarded for free and there is only auction if there is more than one opponent.

In addition, we are replicating what was coming in the previous project regarding increasing the non-use patent rate, paying double every five years, in case of not using the resource. This is a good instrument to combat the grabbing of water rights for speculative reasons.

Finally, because there is a lot of delay, we are improving the collection mechanisms of patents. For example, for the 2017 we estimated there were USD 70 million not collected from patents for non-use, which should have been charged and were not charged, so we are strengthening the inspection teams.

Ultimately, this reform is intended to give the State more effective instruments to address the issues of climate change and water scarcity, strengthening the priority in terms of conservation and maintaining the rights already established. Regarding the new rights, the previous government proposed to limit them in their term of duration, a system that we believe is inconvenient, because the term is too short to make a second or new fruit plantation, and implies an enormous difficulty of control.

Achieving the approval of Congress to our replacement indication to the bill that modifies the Water Code will not be an easy task, but there are multiple reasons to process it quickly.

Minister of Public Works of Chile

The “human factor” is not in the data

Jorge Retamales: The World Blueberry Tour will allow you to check the high ...