The upheavals in the sector have become one of the keys to the low expectations of global growth. 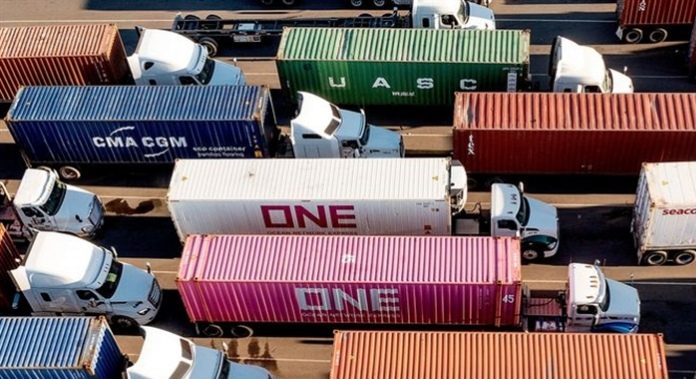 The poor performance of the supply chain, together with the impact of the Omicron variant and inflation, is one of the decisive factors cited by the International Monetary Fund that would contribute to dampening the growth of the global economy in 2022, which will reach 4,4 .5,9%, as stated by the agency in its “World Economic Outlook report”. The figure is lower than the 2021% estimated for XNUMX and implies a reduction of half a percentage point compared to its last projection in October, according to reports WSJ.

The decline will be steepest in the US - 4%, down 1,2 percentage points from the October estimate - the largest decline for any major country or major group of countries for which the IMF makes forecasts.

The IMF's Gita Gopinath explained that the huge federal economic stimulus was expected to lead to higher inflation, but it was nonetheless persistent supply chain disruptions that pushed the figures to their highest level in a generation US inflation topped 7% in December, according to an earlier Labor Department report, the highest since 1982.

The above economic forecast was made before the Omicron variant of COVID-19 triggered a wave of infections and business disruptions. And while the IMF was aware of last year's supply chain outages, they have been resolved more slowly than anticipated. "The longer they persist, the more likely they are to feed through to expectations of higher prices in the future and the greater the risk to the global economy," the IMF said of the sector's troubles.

The IMF estimates that the damage is already considerable, with global supply chain disruptions set to shave 0,5 to 1 percentage point off global gross product growth in 2021, as well as adding 1 percentage point to core inflation, which excludes food and energy prices.

Global supply chains right now are approaching a tipping point that will help determine whether the global logistics crisis abates soon or will continue to spur inflation well into 2022 and dampen growth. The IMF doesn't hold out much hope for a turnaround. That's at least how Gopinath puts it, stating that "the industry outlook is that supply disruptions will remain high until the middle of this year, and then gradually improve."

Lunar New Year (Tuesday 1 February) in China and most of the Far East coincides with peak shipping season, and despite IMF estimates, economists have come up with a number of models hoping to detect the first signs of relief in world trade.

One of the big unknowns in that analysis is whether feverish demand from consumers and businesses will start to ease, allowing economies to finally see some easing of supply chain bottlenecks. In this sense, the indicators of the private and official sector are being highly requested, since there is still a lot of uncertainty.

The last index of restriction of the supply of Bloomberg Economics for the US shows that shortages have tended to decline modestly over the past six months. Still, tensions remain high, with the wave of absenteeism adding to the woes in early 2022.

On the other hand, port traffic shows that container congestion continues to disrupt the US supply chain, from Charleston, South Carolina, to the USWC. The count of vessels queuing to dock at the twin ports of Los Angeles and Long Beach, California, continued to stretch into Mexican waters, totaling 111 vessels as of late Jan. 23, nearly double the number in July 2021.

in the center of the scene

In this way, supply chains, whose analysis was reduced to the domain of experts in trade and industrial organization of the sector, "have come to occupy the center of the scene as a critical engine of exorbitant inflation and as an obstacle to recovery" said the chief economist of Bloomberg, Tom Orlik., Proof of this is the proliferation of indices that seek to detect the evolution of bottlenecks in the supply chain.

However, Orlik adds a little reality check: “The profusion of new indices and trackers is not going to unclog the arteries of the world economy any faster. [Rather] They should give policymakers and investors a better idea of ​​how quickly – or slowly – we are getting back to normal.”