The context caused by Covid-19 becomes the main cause of the decrease in production, after wreaking havoc on global maritime logistics and affecting the availability of labor during the harvest. 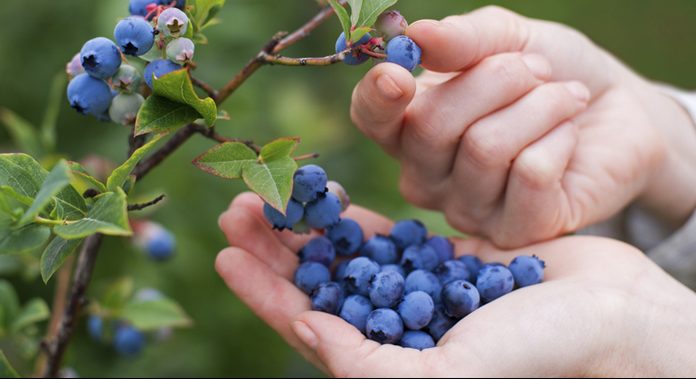 The accumulated export during the 2021/2022 season is 43.641 tons, 7% less than the previous season, as reported by the Cranberry Committee of Chile.

The climate in the south and the reprogramming of the boats in the last week of 2021 reduced the export of the berry, not reaching the 10.000 tons budgeted from the start of the season (September 2021) until January 2.

The logistical problems of transport and the lack of manpower continue, causing exporters to be more rigorous with the selection of the fruit since it will have to endure a long journey. This measure reduced the current quantity of Chilean blueberries available in the global market.

The projections have changed, delaying the peak of Chilean blueberries after the second week of January until the beginning of February. The lower production and the decline due to climatic reasons in the south of Chile, have brought the end of the season forward by two weeks.

The risk of the fruit losing its quality during the longest journeys has caused many to prefer to export the frozen fruit. And although its participation in the total export of blueberries has increased, the decrease in the production of the fruit maintains a downward trend in exports to its main market, the United States, during 2021.

106 tons of frozen berry were exported to the North American country in November, 10.5% less than last season. Of the total frozen blueberries shipped abroad in the same month, 358 tons were organic and 2.305 tons were conventional.

The north of the country is approaching the end of the harvests, with only 0.5% of the total volume exported in week 52. On the other hand, the north-central zone is benefited by the weather, contributing 45% of the blueberries exported that week .

Weather warnings may reduce production in the second week of January. The high temperatures this week can cause damage to the berry of the south central zone (Ñuble and Biobío). The southern zone (from Araucanía to Los Lagos), which already had a drop in production due to heavy rains during week 52, could be affected again by rains of between 10 and 15 mm that are announced for next Sunday.

For more information about the blueberry industry in Chile, do not forget to register at XVIII International Blueberries Chile 2022 Seminar, to be held on April 7 at the Monticello Conference Center.