Spain: The heat endangers the end of the red fruit campaign in Huelva

High temperatures accelerate ripening, which has a negative impact on the preservation of the fruit and lowers prices due to market saturation. 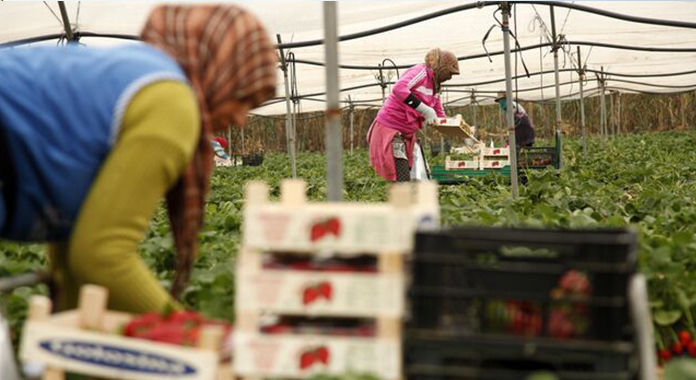 The sun is essential for red fruits from Huelva. The heat allows the ripening of a fruit that is unique in the world, but it is also an enemy when it is pressed excessively. The temperatures of the last few days put the end of the campaign at risk, which could be doomed to a premature liquidation with the impact that this would have for the economy of one of the main economic sectors of the province of Huelva.

The strawberry, blueberry or raspberry harvest campaign traditionally starts in December for the earliest varieties and usually lasts until the first fifteenth of June, days up or down. It depends on different factors that the pick up time goes up or down day up or down, but the normal thing is that it arrives almost until mid-June.

This campaign, on the other hand, everything indicates that the producers could lose the last fortnight as a result of the high temperatures, which affects both the production itself and profitability. Time is an essential factor in agriculture. The province lived during the past week with a thermometer typical of mid-June or even in the middle of summer, with peaks that touched 40 degrees. An anomalous situation suffered by plants. The heat of these days had a direct consequence. It accelerated the ripening process of the fruit that reaches the markets in greater quantity. Directly there is a drop in prices.

It is not only an economic issue, the faster maturation affects greater difficulties in preserving the product. Huelva strawberries are unique and highly valued in all European markets. The weather of the last week made it difficult to maintain these quality standards, which together with the fact that a lot of fruit arrives from other destinations where the heat has allowed their incorporation into the competition to be accelerated, has meant that there are producers who are already uprooting their plantations to finish the bell.

Others, on the other hand, choose to hold out waiting for a truce in the thermometers that allows them to save another fortnight. Freshuelva recognizes that “If the high temperatures persist for a few more days, we could see ourselves doomed to the end of the campaign”. Interfresa, for its part, maintains that those farms that are destined for "fruit for industry" are focused on collecting as much as possible of it that requires less care before ending the campaign.

Everyone looks at the weather forecast. The forecast of the State Meteorological Agency is not very encouraging. If this Sunday and during part of Monday the weather will cool, the forecast is to exceed 30 degrees again starting Wednesday.