Governments, farmers, consumers and agtech startups all have a role to play in reversing bee colony loss. 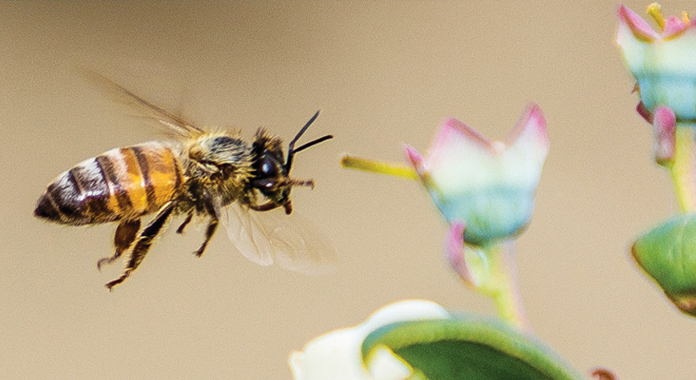 Friday, May 20, marks World Bee Day, a United Nations initiative to raise awareness among people, governments, and farmers about the importance of these insects to humanity and the food supply.

But bee colonies are being lost at an unprecedented rate around the world, putting the future of the world's food supply in jeopardy.

For governments and policy makers, it recommends promoting the participation, knowledge sharing and empowerment of indigenous and rural peoples, as well as introducing economic incentives to promote positive change.

Farmers are asked to set aside areas as natural habitat, create plant barriers, reduce or modify pesticide use, respect nesting sites, and plant attractive crops around the field.

Consumers can play their part by buying raw honey and other sustainably sourced agricultural products.

The threat to bees has also sparked a wave of innovation from agtech startups, which have developed a range of high-tech solutions to fuel bee population declines.

CEO and co-founder Saar Safra said high-tech houses significantly increase pollination capacity and honey production by detecting threats to a bee colony, such as pesticides and the presence of pests, and immediately defending against them.

“We are losing bee colonies at an unprecedented rate globally. Just 40 years ago, the annual rate of colony loss was just 3 percent. Today, it's more than 35 percent," Safra told Forbes.

"When this rate exceeds 50 percent, the world will not be able to sustain the bee population."

It uses commercially bred bumblebees to deliver a beneficial fungus that stimulates the immune system of plants, increasing their resistance to botrytis.

A small amount of the active ingredient is delivered directly to the strawberry flowers as they are pollinated by bumblebees, protecting them from infection.

CEO Ashish Malik said: “Bee Vectoring is an innovative all-natural system that helps produce a better berry crop, including higher yields and better shelf life, all without the use of chemicals.

“The application of the phytosanitary product with bees does not use water, nor does it require heavy machinery, so fossil fuels are not used either. It is an innovative environmental system that is giving excellent results”.

As part of its commitment to the UN Sustainable Development Goals, the Association of Producers and Packers of Avocado of Mexico (APEAM) said it is carrying out a series of actions to protect bees.

The association, which represents more than 30.000 avocado growers and 37 exporters, said studies show that bees perform best when a balance between plants, weeds and the crop is maintained: when avocado plants turn green and flower, bees migrate to them and pollinate. them.

For this reason, APEAM participates in the Maximum Pesticide Residue Limits (MRL) program, through which it has drawn up a list of authorized pesticides that are less harmful to the environment and have no harmful effects on consumers.

Likewise, in the orchards of its partners, more and more good agricultural practices are implemented, which increase the conservation and multiplication of weed plants and, consequently, the increase in pollinators.

The areas will provide natural habitat for bees and other plant pollinators, as well as enhance the regions' overall biodiversity, the retailer said.

Spain: The heat endangers the end of the red fruit campaign in Huelva