The 5th season of Better with Blueberries begins in Argentina

For the fifth consecutive year, the Argentine Blueberry Committee - ABC carries out the Better with Blueberry campaign, an initiative that has a very clear objective: to promote healthy eating by installing blueberry consumption as a fresh, healthy and easy-to-eat fruit option. 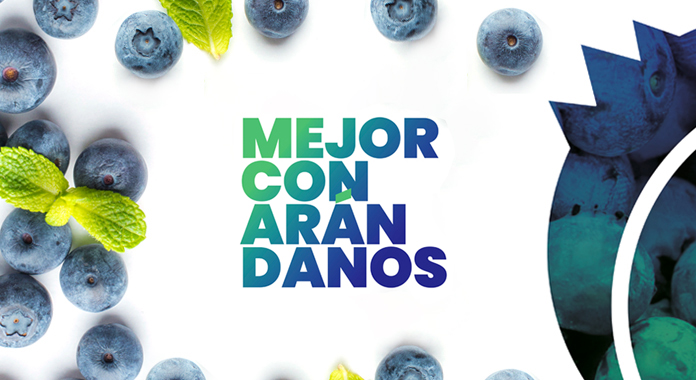 What is the Better with Blueberries campaign?

Since its inception in the country, more than 20 years ago, the blueberry sector in Argentina has destined 95% of the fresh blueberry production for export.

With the purpose of accompanying the Internal Market and promoting the consumption of fruit in the place where it is produced, the Argentine Blueberry Committee designed the Better With Blueberry campaign five years ago.

In this regard, Jorge Pazos, producer and director of the ABC and head of the Internal Market commission, says that "our objectives were clear from the beginning: that Argentine greengrocers have a sufficient supply of blueberries so that the public in our country could satisfy their needs. demand". In addition, «we think of the campaign with the firm commitment to promote healthy eating, especially by forming a new culture of healthy eating in the new generations, for this reason among our actions we include programs in schools, for preschool and initial level, and the actions of McA are designed to show options with blueberries for snack time, for example, "he explains.

2020 was the fourth consecutive year of this campaign in Argentina. That edition was distinguished by two concrete achievements:

1) a high level of impact on social networks where interaction with users / consumers included lives, postings with recipes and giveaways, and conversations by Zoom. This, in turn, had two direct consequences: the duplication of followers in the institutional accounts of the ABC and the consolidation of the relationship with our allies and allies who were more than 50 references in health, gastronomy, and sports.

2) an increase in domestic consumption that amounts to about 3 million kilos per year. Due to the success it is having, each year the campaign grows and adds allies throughout the country.

In 2021, the objective is to make healthy consumption even more visible and the key role that fruits from Argentina play on the road to healthy eating.

From October 18 to 24, the Better with Blueberries campaign celebrates Blueberry Week, with a series of actions that seek to emphasize communication on healthy eating based on blueberries.

For this, the Argentine Blueberry Committee (ABC) has the best allies and specialists who, through social networks and the media, will help us spread reliable and innovative information on how to consume blueberries and what their properties and benefits are. .

During those days, there will also be promotions and special offers in greengrocers and supermarkets. It is an ideal time to buy blueberries to consume fresh and also to freeze them.

Some of the actions that will take place that week are:

• Live on the Instagram of @mejorconarandanos with raffles at the end

The true value of the blueberry is told by specialists and professionals. A professional per day will talk about the importance of this fruit in our diet:

Sea and air freight rates remain the same, but there are signs...

Spain: The heat endangers the end of the red fruit campaign...