Chile, Mexico and Peru agree to create the Agricultural Council of the Pacific Alliance, with support from IICA

Ministers of Agriculture of Chile, Mexico and Peru will meet in March of the 2019 to sign a commitment to work together in the framework of the Pacific Alliance. Sustainable development, rural well-being and trade of agri-food products will be the main themes of the common efforts 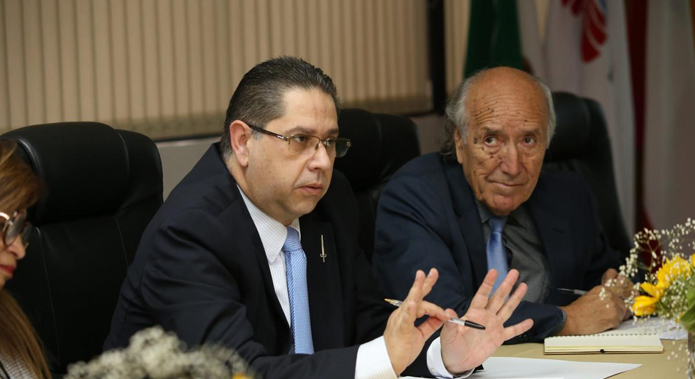 Senior officials in charge of Agriculture in Chile, Mexico and Peru agreed in Santiago to create the Agricultural Alliance Council of the Pacific Alliance (CAAP), a forum that will favor integration agreements and increase regional coordination to enhance rural development and project countries as a leading commercial block towards the Asia-Pacific.

The Government of Chile, with the support of the Inter-American Institute for Cooperation on Agriculture (IICA), was the initiator of the initiative, which will also share technical knowledge and develop capacities through horizontal cooperation and consensus work among the Ministries of Agriculture of the countries members of the Council.

The Minister of Agriculture of Chile, Antonio Walker, who participated in the meeting, valued the progress towards the conformation of the Council, highlighting the importance for his country of participation in alliances that favor the competitiveness of the exporting sectors. "Integration is key to the development of our sector in Latin America," he said.

The Chilean national coordinator for the Pacific Alliance, Elena Valpuesta Aristegui, made a presentation at the meeting on the structure of the economic and development initiative that, in Latin America, Chile, Colombia, Mexico and Peru make up. In this context, listing challenges that other sectoral groups have faced, the official highlighted the importance of the creation of the Council. The meeting was hosted by the Undersecretary of Agriculture of Chile, Alfonso Vargas, and the presence of the Vice Minister of Agriculture of Peru, William Arteaga; and the Director of International Affairs of the Ministry of Agriculture and Rural Development of Mexico, María de Lourdes Cruz. The Director in Chile of the ProColombia Office, Jorge Hernán Gutiérrez, also attended on behalf of the Government of Colombia. The officials worked on a first draft for the constitution and statutes of the CAAP, which will be ratified in March by 2019 by the Ministers.

The Chief of Staff of the General Directorate of IICA, Miguel Ángel Arvelo, presented the commitment of the specialized agency for agriculture of the Inter-American System to support the new Council through a technical secretariat.

"IICA has the experience of the 15 years of the Southern Agricultural Council (CAS), which has become an important axis for the Southern Cone, convening ministries and addressing strategic issues, working on the development of regional public goods, being political and technical bridge, including the countries, the private sector, academia and family farming, with IICA being responsible for its technical-administrative administration since its foundation, "he said.

The authorities agreed on the need to work together and learn from experiences, mistakes and successes of other countries, in topics such as associativity, water resources, tariffs and generation of technical capacities, strengthening local and external markets to make decisions in block can give answers to a world that demands more and better food, competing with quality and innovation.