Chile is one of the main suppliers of fruit of Turkey 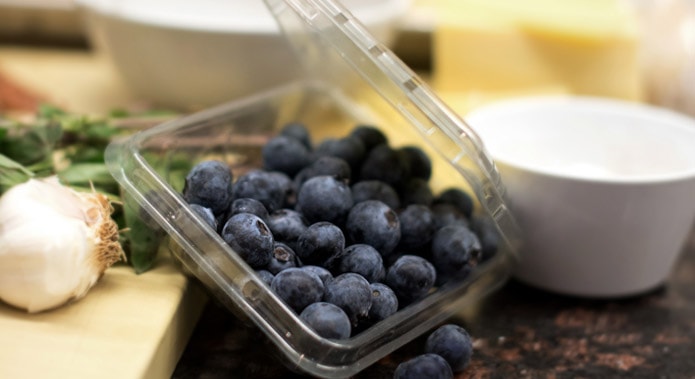 «Chile is one of the main suppliers of many fresh fruits in Turkey«, Highlighted Özge Tüysüzoglu, Chilean commercial attaché in Turkey, during a conversation with SimFRUIT in the framework of ENEXPRO 2017.

According to the professional, fruits such as apples, pears, kiwis, blueberries, and avocados turn out to be highly imported products by the Turkish market. "These five products are imported by Turkey from South America, especially from Chile due to the tariff advantages that exist between both countries derived from the Free Trade Agreement," said Tüysüzoglu.

The representative also highlighted Turkey's potential for Chilean fresh fruit: «This is a market that offers very good opportunities for our fresh fruits, so it should not be neglected, for example, as what is happening with our blueberries. Up to 2016, the 25% of Turkish blueberry imports were Chilean, however this figure has been declining, due to a decrease in the national exports of this fruit, leaving space for other countries to increase their shipments«.

In this regard, the commercial aggregate pointed out: «Cranberries are a niche product in Turkey, they are sold in boxes of 250 grams, which can cost 5 dollars, therefore they are acquired by the segment A population"Commented the professional.

Another important product, due to the upward trend in its consumption, is avocado. «Until now, Turkey exported more Fuerte palta, because for them a black avocado was bad, that is, they had not integrated the way in which avocados such as Hass are apt to be consumed. Today wholesalers and retail channels are investing in promotions and tastings to educate the consumer, which could be exploited by Chile and our avocado, which also has tariff advantages«.

Özge Tüysüzoglu, pointed out that currently the South American countries that export avocado to Turkey do so with a tariff of 45%, while Chile does so with a tariff of half (22,5%). «In most fresh products we have 50% and up to 100% discount in the tariff«He stressed.

It should be noted that according to figures from ASOEX, during 2015-2016, Chile exported to Turkey more than a thousand 500 tons of fresh fruits, mainly kiwis, table grapes, and apples.

Turkey is currently the main destination market for Chilean nuts, with an export in 2016 of more than 22 thousand tons of walnuts in shell, and an increase of more than 3%.

«In the nut industry, Chile is well known as a good quality supplier. Chile exports more than 60% of its walnuts in shell to this market. Although, during 2016, the Turkish import of Chilean nuts fell, this was due to a very specific event, generated by the climatic problems that affected the production and quality of the product. However, we believe that during this year Chile will recover its export levels, since Turkey needs Chilean nuts, first because this product has a high consumption rooted in the country's food culture, and on the other hand because they tend to be consumed in celebrations like Ramadan"He specified.

Tüysüzoglu added that there are still opportunities to grow in walnut exports within this market, because «The interest in consuming this product is such that Turkey is investing heavily in the nut producing sector, even giving incentives to those who cultivate it. They aim to enjoy a stronger local production within the next 5 to 6 years, which might see import fall a bit, but this remains to be seen. The truth is that Turkey imported the season 2015-2016, 55 millions of dollars in Chilean nuts, and this campaign we think that it will increase, because it normally skirts the 90 million dollars. The United States, which is the first supplier of walnuts in Turkey, exports close to 200 million dollars, not because it is a product that they prefer to Chile, but because there are more shipments and production"Said the Commercial Attaché.

In 2015, consumption spending in Turkey was 520.137 million USD. Housing and transport power accumulate an 57%. Expenditure on food represents 20% of total expenditure. Fruits and vegetables are left with the 6% of the total expense.

The International Cranberry Seminar in Argentina will be held in Tucumán