Andrés Armstrong, Committee of blueberries of Chile: "We were not able to predict and alert this situation that impacted the harvest, packaging and logistics processes" 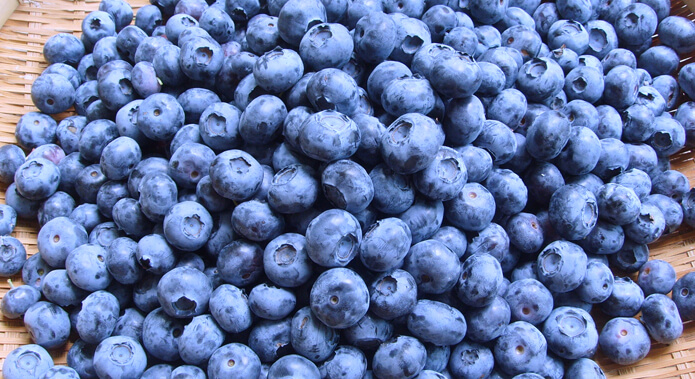 The increasing supply of other countries, the increase in the weekly supply and its impact on the commercial conditions, and the arrival condition of the national as compared to the foreign fruit, were also factors.

More than 103 thousand tons of exported blueberries (103.144) was what registered this season 2016-2017 for the Chilean industry, exceeding in a 12,9% sent last season, and surpassing the projected by the Committee of Blueberries at the beginning of the season .

One of the main reasons was the increase in the area planted and the renewal of varieties for some of higher productivity, which has begun to impact the volume exported. In addition, the market conditions allowed to extend the season and shipments.

For Andrés Armstrong, Executive Director of the Cranberry Committee of Chile, there is another, more fundamental reason. "Probably, the most relevant factor was the low price of frozen products that pushed the increase in the volume of fresh, both in conventional and organic, but especially the organic ones that until last season found better price conditions in the frozen market.".

The advance of up to four weeks at the start of the peak weeks that he experienced this season was an unprecedented event, and that according to Armstrong left them with an unpleasant feeling. "We were not able to predict and alert this situation that impacted the harvest, packaging and logistics processes. On the other hand, we find increasing volumes from Mexico and mainly Peru, in a market without promotion activities, since they are usually not considered for those dates. All this caused the generation of stocks without the necessary speed of movement, pushing prices down"Armstrong said.

In spite of this, after the peak peak weeks, and with a stronger promotional activity, the volumes remained above the 6 thousand tons. "This normalized the movement of the fruit and somewhat improved the price situation"Said the Executive Director.

To this is added the normal season term that had the blueberries this 2016-2017, which prolonged the supply of Chilean fruit in the markets.

"The quality and condition of arrival is critical"

The increasing supply of other countries, the increase in the weekly supply and its impact on the commercial conditions, and the arrival condition of the national as compared to the foreign fruit, were also factors. In this sense, despite the positive figures, the season left more challenges than happy faces in the industry. And so does Armstrong, who points out that "the fundamental thing to make the correct decisions of plantation and commercial windows is to know and understand the world scenario and the growth of the offer ", and he adds that "We must continue advancing in productivity and efficiency, because the situation of increasing competition imposes us more and more conditions of superior competitiveness".

Armstrong warns that "The quality and condition of arrival is critical. Today we do see that our customers have more and better alternatives and can compare us", And adds that" it will also be essential to know how to interpret the weekly production conditions that define the periods of promotion and definition of the appropriate packaging for this period, which is critical for the result of each season ". So the promotion and arrival in new markets becomes another challenge for the Chilean blueberry industry.

In summary, the low prices, the increasing supply of other countries, the unforeseen advance in the shipments and the problems in the condition of the fruit leave with a bitter taste to the producers and exporters of Chilean blueberries, in spite of the important increase of the volume of exports.

With positive results culminate seasons of cranberries and cherries in Chile