The United States is the main destination, according to estimates of the Ministry of Agriculture and Irrigation 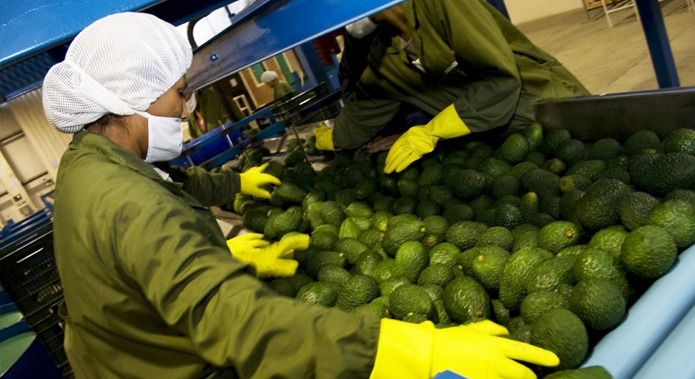 Peruvian agro-exports would reach 7,500 million dollars in the current year of continuing the upward trend, after between January and October they totaled 5,787 million dollars, said the Ministry of Agriculture and Irrigation (Minagri).

Within the agro-export basket, the placements abroad of fruits and vegetables stand out, according to the report of the General Directorate of Monitoring and Evaluation of Policies (DGESEP).

The main products of the agro-export ranking that stood out in that period are: fresh or dried avocados, fresh blueberries, unroasted coffee, without decaffeinating, fresh grapes, fresh asparagus and fresh mangoes.

Also preparations for animal feed, fresh "Cavendish Valery" bananas or plantains, other citrus fruits, and raw cocoa beans, whole or broken; These 10 products together would concentrate 56% of the total exported.

On the other hand, the main countries of destination for Peruvian agricultural exports were the United States, Holland, Spain, England, Ecuador, China, Germany, Colombia, Chile, and Canada, these ten countries concentrated 78% of the total exported FOB value .

Finally, Minagri reiterated that the goal of the sector by 2021 is to reach 10,000 million dollars in agricultural exports to world markets.

INTERFRESA takes the healthy values ​​of blueberries to Madrid